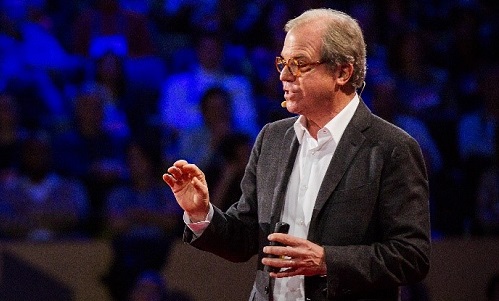 A one-day conference “New technologies, media and marketing in the 21st century” was held on February 29th 2008 at the Westin Hotel in Zagreb.

A one-day conference “New technologies, media and marketing in the 21st century” was held on February 29th 2008 at the Westin Hotel in Zagreb. The keynote speaker was Nicholas Negroponte, one of the most famous futurologists and gurus in the world. Nicholas Negroponte is chairman of “One Laptop per Child” project and honorary president of the MIT Media Lab. The two-hour Negroponte’s lecture attracted attention of more than 500 participants in the crowded Crystal Hall. In his usual manner he presented his noble goal: the future of education and the necessity of technology in education. Among other things, he spoke about the future of telecommunications, which must be available everywhere to everyone, as well as their impact on quality of life and trends in the 21st century. With Nicholas Negroponte there was Ivan Krstic, in charge of the security of the OLPC organization. The second speaker of the conference was Nick Wreden, global digital branding guru. Other speakers and the round table participants were: Nicholas Dujmovic (SPAN), Darko Huljenić (Ericsson Nikola Tesla), Davor Majetić (Microsoft Croatia), Mladen Pejkovic (Vipnet), Ivan Vidakovic (IBM) and Dragan Schwartz, Secretary of State MSES. Moderator summit and roundtable was Mr. Professor Mario Kovac from FER. Dr. Dragan Schwartz, State Secretary of the Ministry of Science, held a presentation “ICT projects of the Croatian Government and the Ministry of Science, Education and Sports for Croatian children.” The conference was supported by OLPC Croatia association.